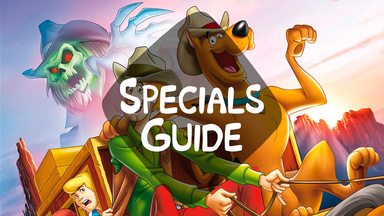 BEHIND THE SCENES
﻿Original Air Date: Saturday, October 24, 1998 (Cartoon Network)
Runtime: 1 minute each (8 minutes total)
Villain: None﻿
These "behind the scenes" interviews were one minute interviews, one with each of the gang, one with some of the villains, and two with the gang as a whole.

﻿INTERVIEW 1: HOW THEY GOT STARTED﻿
Interviews the gang as a whole, and reveals how the gang got the Mystery Machine.


INTERVIEW 2: THAT MEDDLING DOG, SCOOBY-DOO
Focuses on Scooby and Shaggy's friendship, and Scooby's ability to talk.


﻿INTERVIEW 4: THAT MEDDLING KID, DAPHNE﻿
An interview with Daphne, revealing her aspirations to become a supermodel and a detective, and her relationship with Fred.


INTERVIEW 5: VELMA, THAT MEDDLING B﻿RAIN
An interview telling about Velma's childhood, achievements, and her catchphrase before Jinkies.


INTERVIEW 7: THOSE FINGER POINTING VILLAINS
We find out about some of the villains the gang has put in jail in this interview.


INTERVIEW 8: THOSE MEDDLING KIDS, TOGETHER AGAIN
After 200 cases (as of 1998), what has the gang learned? We find out in this overall interview of the gang as a whole.

Trivia:
- These interviews originally aired during a 25 hour Scooby-Doo Marathon in 1998.﻿ ﻿ 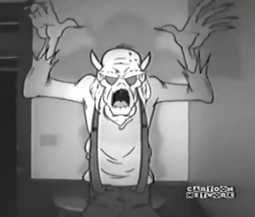 Original Air Date: Sunday, October 31, 1999 (Cartoon Network)
Runtime: 17 minutes
Villain: (Unnamed) Monster
In a parody of The Blair Witch Project, the gang gets lost in the woods with a monster chasing them.

Trivia:
- There are many different versions of the special, some with footage cut and some with footage extended.
- This parody aired during a Scooby-Doo Halloween marathon.
- This is the only "special" villain that was never given a name. The villain did however appear again in a one-off Cartoon Network bumper for Scooby-Doo.

NIGHT OF THE LIVING DOO
Original Air Date: Wednesday, October 31, 2001 (Cartoon Network)
Runtime: 22 minutes
Villain: Zombie / Mummy
The gang picks up Gary Coleman in the Mystery Machine, and after the Mystery Machine breaks down, they have to go in a house that is haunted by a zombie.

Guest stars: Gary Coleman, David Cross, Mark Hamill, Matthew Sweet, and Big Bad Voodoo Daddy
​
Interesting facts:
- The zombie from the special is the same zombie from "Which Witch is Which."
- This is a parody of the whole Scooby-Doo franchise.
- This special aired during a Halloween Scooby-Doo marathon. 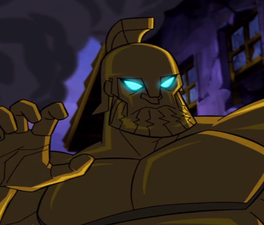 Original Air Date: Tuesday, July 17, 2012 (Home Video)
​Saturday, July 28, 2012 (Cartoon Network)
Runtime: 22 minutes
Villain: Fortius
The gang goes to the World Invitational Games, and Shaggy, Scooby and Fred get a chance of a lifetime to compete in the games, but when a 1000 year old statue comes to life, it looks like the games may be over. That is, unless the gang can solve the mystery first!

Trivia:
- July 28, 2012 is the day the special premiered on Cartoon Network. It's also the day that the 2012 Olympics began in London. 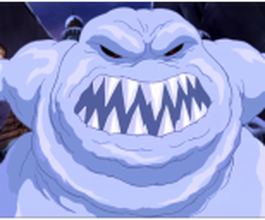 Original Air Date: ​Tuesday, October 16, 2012 (Home Video)
Tuesday, December 4, 2012 (Cartoon Network)
Runtime: 22 minutes
Villain: Sinister Snowman
Scooby-Doo and the gang participate in a toy store's Christmas parade, only to have it be interrupted by a living snowman. As the gang begins investigating, they find out that this mystery is more than it seems.

Trivia:
- If you look very closely, you can see Bugs Bunny dolls at the toy store.
- The scene where Scooby hits several obstacles on the toy car is a parody of the intro of The New Scooby-Doo Movies.

SCOOBY-DOO AND THE SPOOKY SCARECROW 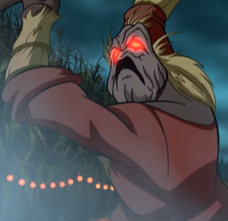 Original Air Date: Tuesday, September 10, 2013 (Home Video)
​Saturday, October 24, 2015 (Cartoon Network)
Runtime: 22 minutes
Villain: Cornfield Clem
Scooby and the gang visit Cobb Corner for Halloween, but find out the town is being plagued by a living scarecrow brought to life by the curse of a witch. If the gang doesn't solve the mystery soon, Cobb Corner will have no Halloween!

Trivia:
- Lance Damon from Scooby-Doo! Stage Fright (which was released only 3 weeks earlier) can be seen taking a picture of Levi and Maisy as the Cobb Corner King and Queen.
- This special was previously going to be called Scooby-Doo and the Scarecrow's Curse. 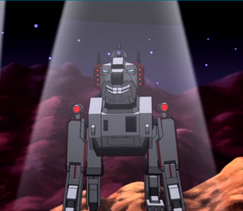 Original Air Date: Tuesday, September 24, 2013 (Home Video)
Saturday, October 24, 2015 (Cartoon Network)
Runtime: 22 minutes
Villain: Mecha Mutt
When the gang visits a space expo, one of the inventions, the Mecha Mutt, comes to life and wreaks havoc. Is it just faulty wiring, or is it "The Space Specter," an apparition who supposedly cursed the expo?

Trivia:
- Josie from Josie and the Pussycats can be seen as a reporter.
- Scooby holds a sign up that says "ruh-roh" which is a reference to Wile E. Coyote.
- This special was originally called "Scooby-Doo and the Maniacal Mecha Mutt."
- The special was written by Rick Copp, who had written "Scooby-Doo and the Witch's Ghost" 14 years before. 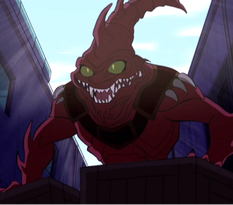 Original Air Date: Tuesday, May 13, 2014 (Home Video)
Saturday, October 24, 2015 (Cartoon Network)
Runtime: 22 minutes
Villain: Eshu
When the gang goes to the World Soccer Cup, a creature threatens to ruin the games, that is unless the gang can solve this mystery.

Trivia:
- The working title for this special was "Scooby-Doo! Goal."
- Diane from the special Spooky Games reappears as a reporter.
- The release of this special was purposely aligned with the 2014 FIFA World Cup.

SCOOBY-DOO AND THE BEACH BEASTIE 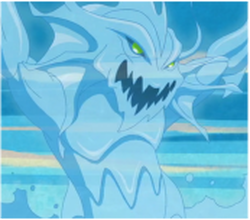 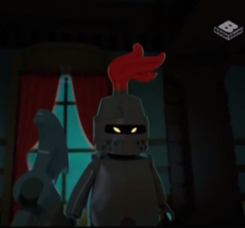 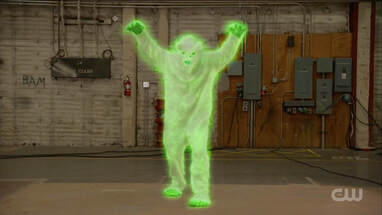 Original Air Date: Friday, October 29, 2021 (CW)
Runtime: 60 minutes
Villain: Snow Ghost
The gang reunites at Warner Brothers Studios to reminisce about how their old cases were filmed in this very meta reunion special. However, when the snow ghost reappears, the gang has to solve the case.

Trivia:
- This special was produced by Warner Brothers Unscripted, in collaboration with Warner Brothers Animation, Abominable Pictures and Warner Horizon.
- The special's writer, Jonathan Stern, came up with the idea for this special from the Friends Reunion Special.